skip to main | skip to sidebar

Is there no end to the caption vandalism problem?? It hasn't gotten better, it has gotten worse. To the point that more and more people - deaf, hard of hearing, and hearing - are complaining publicly. We do not watch the YouTuber Markiplier; it was brought to our attention in the Caption Action 2 group that his channel has a huge problem with vandalized captions.

A high-response comment thread was posted under that video, from January 5, 2017.

Here is a partial screenshot of what you will see: 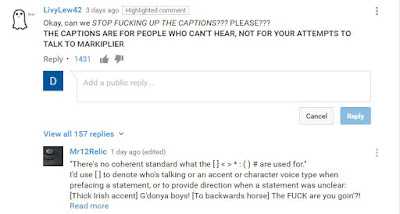 In addition to the above, multiple individuals posted separate comments. Screenshots below of those comments, which speak for themselves. In response to the complaints, some fans corrected the captions so if you try to watch the video now, you probably won't see the vandalized captions. But the point is, the vandalized captions should never have been there in the first place!

WHAT can we do to force Markiplier, who has 16 million subscribers and whose attention may be impossible to get, to do the right thing? The right thing means selecting from the following acceptable options - and ONLY these acceptable options:
1. Use the "trusted fan" method if staying with fan captioning. Make new videos unlisted and allow only trusted fans to caption them prior to release.
2. Pay for professional captioning.
3. Learn to do the captioning himself.

It is 2017 now. The deaf and hard of hearing who depend on having accurate, uncluttered closed captions to clearly understand a video do not deserve to be treated like this! What can be done? Our community is too small to have much hope of getting attention from Markiplier with mere tweets and complaints on his channel. In fact, Markiplier steadfastly IGNORES the complaints because he knows many hearing fans enjoy the vandalized captions.

Here are examples of uncaring hearing people's comments about how much they enjoy the vandalized captions. At least one person had the nerve to suggest that people with hearing loss use the automatic captions instead!

We Got A Meowing Captioning Problem

A member of our Caption Action 2 Facebook group brought a form of caption vandalism to our attention.

Imagine someone talking, but instead of normal captioning, cat-related words are in there. In this case, the award-winning Phillip DeFranco  YouTube channel. His October 27 video is loaded with cat-related words. One scene has these captions:

"And the first thing we're going to talk about today, the most meowed story of the day." 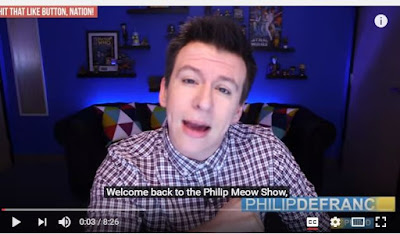 ...and he's not even making those sounds, not even a little mew, not even referring to anything related to cats. This form of captioning vandalism is going to get worse before it gets better. I've seen this before in the past.

I could be wrong, but it looks like it's a group of trolls called the "meowers." If you do a Google search on "Usenet meow wars," there are a few pages that tell about this. I've personally seen it happen when they've taken over a thread with "meowing." I used to be active on the newsgroups.

The articles you read of them demolishing the Usenet newsgroups are true. The last I saw of things on Usenet some time ago, groups were either spammed or meowed/cascaded into near-unusability. By cascaded or cascading, imagine a response where there's a response below it with another response below it, and so on, all meows or just plain trolling or some useless spam messages.

The surviving newsgroups survived on moderation and people sending commands to remove those particular messages.

One of the articles mentions Hipcrime. He put me and multiple others on a list some years ago called a "BlueList of Complainers" and a couple others, and it wasn't for meowing. It was pretty funny. That plus other rather funny and not-so-funny things.

Fortunately for this particular video, they didn't "meow" everything.

Are you annoyed/outraged by this? Do something about it! Tell Philip DeFranco about it:

Update: Check his video on Facebook. It doesn't have the meows.

One popular YouTuber whose fan-contributed captions are are riddled with caption vandalism is PewDiePie. A Twitter follower sent us examples, the most extreme ones of which are below. (Note: If you go to the video to try to find these examples, they are not there anymore. But the point is, they WERE there for awhile.) 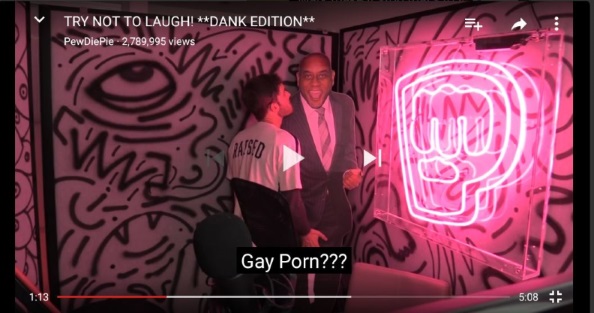 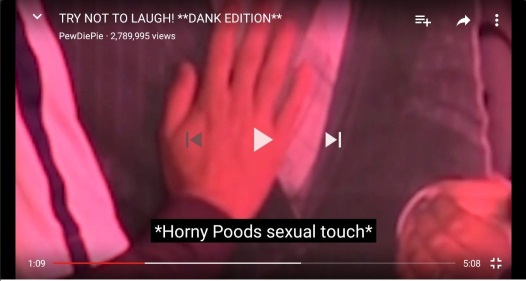 We were also sent examples of Caption Vandalism from Markiplier's channel. To keep this blog post from becoming too heavy with graphics, we are not including the examples, which contained emoticons.

Why It Is Happening

Another problem is lack of hearing people understanding and supporting the need deaf people have for accurate captions. A search on Twitter for "Markiplier" and "captions" turned up many tweets from hearing people saying how much they enjoy the vandalized captions! There are some complaints too, but the complaints are outnumbered. What about deaf people like us who actually NEED the damn captions?? It is totally unfair to us! Years of the deaf community pleading with top YouTubers for captions, and this crap is what we get??

Here is just ONE example of a tweet expressing pleasure in the vandalized captions:

Here is another tweet in which someone claims they used the captions to advertise their own YouTube channel.

The deaf and hard of hearing who need the captions to be accurate are increasingly getting upset at this situation. Deaf YouTuber Rikki Poynter devoted an entire video to this topic:

Thus far, one YouTuber is known to have quit captioning completely because of the abuse of captions on her YouTube channel. Efforts to persuade this YouTuber to consider paying for it (YouTuber says they can't afford it) or try an alternative method (below) have failed.

What Can You Do?

You can do two things. First, you can make YouTubers with this problem, aware. Second, you can urge YouTubers to use a method called "Pre-Release Captioning." With this method, the YouTuber selects a few TRUSTED individuals to do the captioning, and sends them unlisted (not public yet) videos so they can caption them properly. After the captioning is done properly, the YouTuber publishes the video.

Another thing you can do, if you can make a video, you can join Rikki's #NoMoreCraptions campaign which is in just a couple of weeks on September 25.. Read more about it on Rikki's blog or watch her video about it (on Facebook). Note: Caption Action 2 will not be making a video, but we will be doing our part by promoting videos people create for the #NoMoreCraptions campaign.

Musing: Could Caption Vandalism be why YouTube superstar Tyler Oakley now does his own captioning? We don't know and have not asked Tyler Oakley.

Hear Me Out - Tyler Oakley